Graphic design is one of the most creative fields around the world. This is because it is a part of any brand’s marketing portfolio, and it is an integral part of every company worth its name. 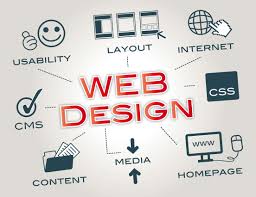 From web design to logo creation, the effects of graphic design in marketing and other departments are experienced. While the development of graphic design can be attributed to the prevalence of creativity all over the world, the contribution of companies dedicated to the art cannot be ignored.

The company came into being in 1999 and has its headquarters in Chicago, but has other branches in Portland and San Francisco.

Headquartered in Chicago, the company gives you a team of 23 employees that are ready to handle any branding, graphic design and web design needs for clients. Founded in 1984, the company has been around long enough to know what you need.

The company runs its operations from Pasadena, California. Founded in 1991, the firm has a team of 85 employees that work in software development, web design and development as well as mobile app development.

Raincastle Communications was founded in 1994, and runs its operations from Boston, Massachusetts. It has a team of 10 employees that are experts in branding, web design, graphic design, content marketing and UI/UX design.

Working from London, This design studio is notorious for its controversial rebranding tasks that it undertakes with all the gusto. The studio has a reputation for taking chances with bold designs. The studio has never been one to shy away from the use of unorthodox mixes to come up with innovative pieces. This and other techniques have made the studio one of the most sought after in the world.

Metadesign came into being in 1979 when 3 German designers decided to put their resources together.  Since then, the company has handled jobs for many companies both big and small, and in the process creating typefaces such as Officina and FF Meta. They operate from San Francisco with other locations in Geneva, Beijing, Berlin, San Francisco, Zurich and Dusseldorf.

This is one of the top graphic design companies in Italy with branches in Milan and New York. The company has been around since 1997 and boasts of a clientele such as Moleskine, Pirelli and Inter Milan FC. Their work has been recognized in the prestigious D&AD award.

This company based in the UK doesn’t need a lot of introduction to design enthusiasts. The company is well known for coming up with the logo for Kellogg’s products including the chocos and cornflakes.

Founded in 1989, the company has seen a steady growth that has seen it become one of the leading design companies across the world. Their inspiration is all about innovation.

The company is renowned for its retro influenced type design that has become the mainstay for many companies across the world. They are also known for their interesting products that they have on sale including kitchenware, books, cycling accessories and clothing. All the products are meticulously designed and have become popular over the years. They operate from Delaware.

The brainchild of web pioneer Jeffrey Zeldman, Happy Cog specializes in Web and digital design having worked for an impressive and diverse clientele.

They are headquartered in Philadelphia, New York.

This is a fully-fledged digital agency that operates from Austin, Texas. The company has been around since 2003, and its team of 14 experts offers web design and development as well as other branding services such as content marketing, SEO, email and print media. Their main forte is small businesses.

This is a digital marketing and branding firm that operates from Berkely, California, though they have another office in Bend, Ore. They work with a team of about 20 experts in web design, UX/UI and graphic design.

Operating from Baton Rouge, Los Angeles, this is a premium content marketing agency that has been in operation since 2011. They have a team of 19 specialists that handle graphic design, content marketing, developing marketing strategies and more. Their clients are mainly sourced from the business service industry.

Around since 1990, this is a digital agency operating from Los Angeles, Brooklyn, Texas and McKinney. The agency has over 10 experts that work with clients in medical, advertising and business service industries. The agency specializes in advertising, branding and video production.

These are just a few graphic design companies that you will come across in your quest to get the best. Your choice depends on the task at hand.