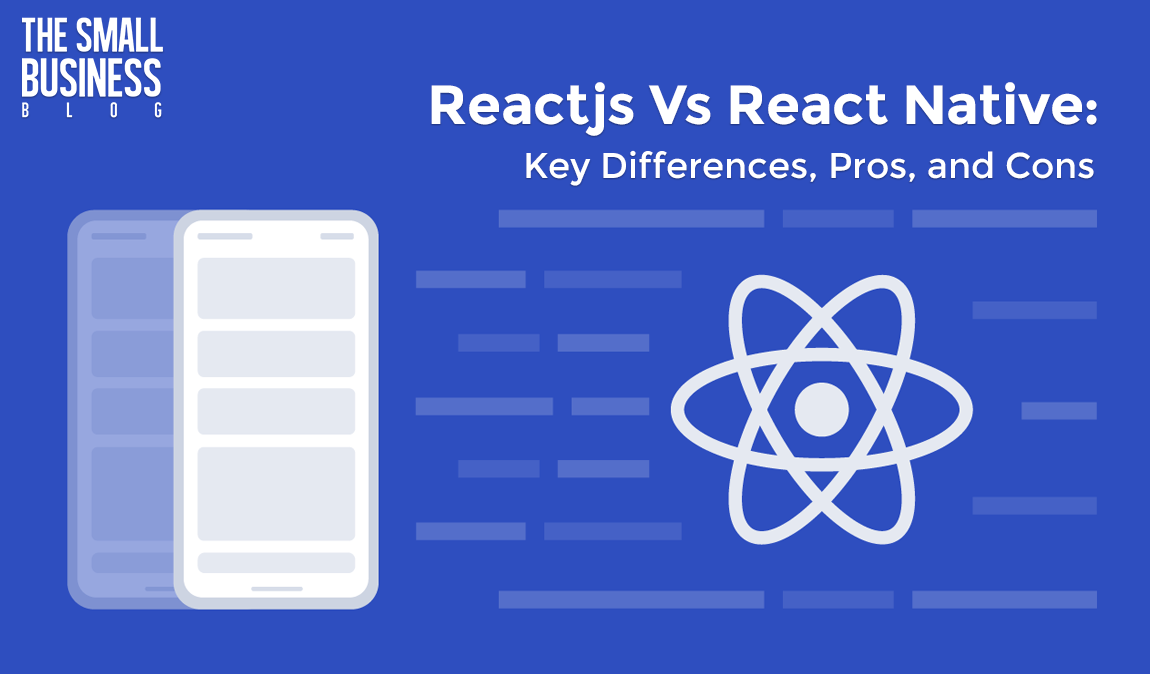 All that extensive search to conclude whether Reactjs is better or React Native has finally come to an end.

Step into the world of App Development where Reactjs and React Native has been making the rounds lately. These two overwhelmingly popular technologies of the app development industry have created a lot of buzz recently.

What’s more, the pioneers of social media platforms have been integrating Reactjs and React Native applications all along, validating the hype built around these app development technologies.

However, the irony is, 6 out of 10 in the ecosystem are oblivious to the literal differences between React Native and Reactjs.

The de facto reality about Reactjs and React Native is that they are the latest web and mobile development technologies presented by Facebook.

But before digging deep into the details and fine points of React Native Vs Reactjs, let’s have a quick rundown of both the technologies individually.

What Is the Reactjs Library?

In layman terms, ReactJs is a JavaScript library that amalgamates the speed of JavaScript to render dynamic and highly-responsive web pages.

Banking on its ground-breaking UI programming skills to create stimulating web frameworks, ReactJs has managed to secure the #Number 1 position in StackOverflow Results in 2021.

Quite something! Isn’t it?

Do you want to know the business benefits of offering Reactjs web development services?

Hold on to your horses. It will blow your mind.

Note down the pointers:

Easy to Mug up And Utilize

The key factor that works in favour of Reactjs that manifests its popularity is its ease of use and assimilation. Anyone with a JavaScript background can nail it.

Experts corroborate the fact that Reactjs is not a momentary trend. It will create waves of popularity in the years to come.

Owing to the need for less coding, creating a dynamic web application via Reactjs is a cakewalk. Add to it, it supports a plethora of tools that make ReactJS web development services highly convenient for developers.

Now that the advantages of Reactjs are crystal clear, let’s look at its dull side too.

Here are the areas where Reactjs lags:

Reactjs makes fast-paced development changes. Hence, for some developers, catching up with this pace of development and upgrading their skills is often hard as a rock.

Often, it becomes a necessity to download additional react-activated libraries. As a result, the costs and overheads multiply.

Now that you are aware of what is Reactjs, its pros and cons, let us shed some light on its correlative component, React Native.

What is React Native Software Framework?

React Native is known to be the best open-source software framework that plays a decisive role in developing native mobile applications.

Notably, React Native ideally uses its counterpart Reactjs for base abstraction, however, the library components vary.

Here are the quick highlights of the benefits of React Native.

React Native requires to be learned once, however, it can be written everywhere. Adding to its credentials, React Native supports both iOS and Android to build native mobile apps.

Development is fast-paced with React Native, in comparison to other programming languages.

The pre-developed components, which are already available in the open-source library.

Thanks to native modules and control, React Native works wonders at augmenting performance. It is possible to view the changes made to the app’s code during the development phase. Additionally, developers can choose particular components, analyze, and change the present state.

As per market experts, React Native is not highly recommended for developing banking and financial applications. The blame can be put on its JavaScript library and open-source framework for lacking security robustness.

Primarily, React Native only supported the iOS platform. Later, it supported only subsequent Android releases. This is why React native is tagged as second-rate Android support.

React Native is designed using C, C++, Java, etc. Hence, it becomes a Herculean task to debug bugs, since adequate knowledge of the native language of the platform may be imperative.

Have you earned the requisite information about the two formidable key players of the app development world?

Then, let’s focus on their key differences and call it a day.

Coming to the key differences between React Native and Reactjs, let’s get started head-on:

Here are a few numbers and statistics that display the integration of Reactjs and React Native in businesses.

Use Reactjs when you want to:

Use React Native when you want to:

React Native and Reactjs both play game-changing roles in developing web and mobile applications. Add to their credentials, both platforms offer flexible functionalities.

Hence, a business should ideally chart the contradictions and benefits between these two platforms, map the organizational objective, and finally use them accordingly as per their requirement.

Are you ready for both?