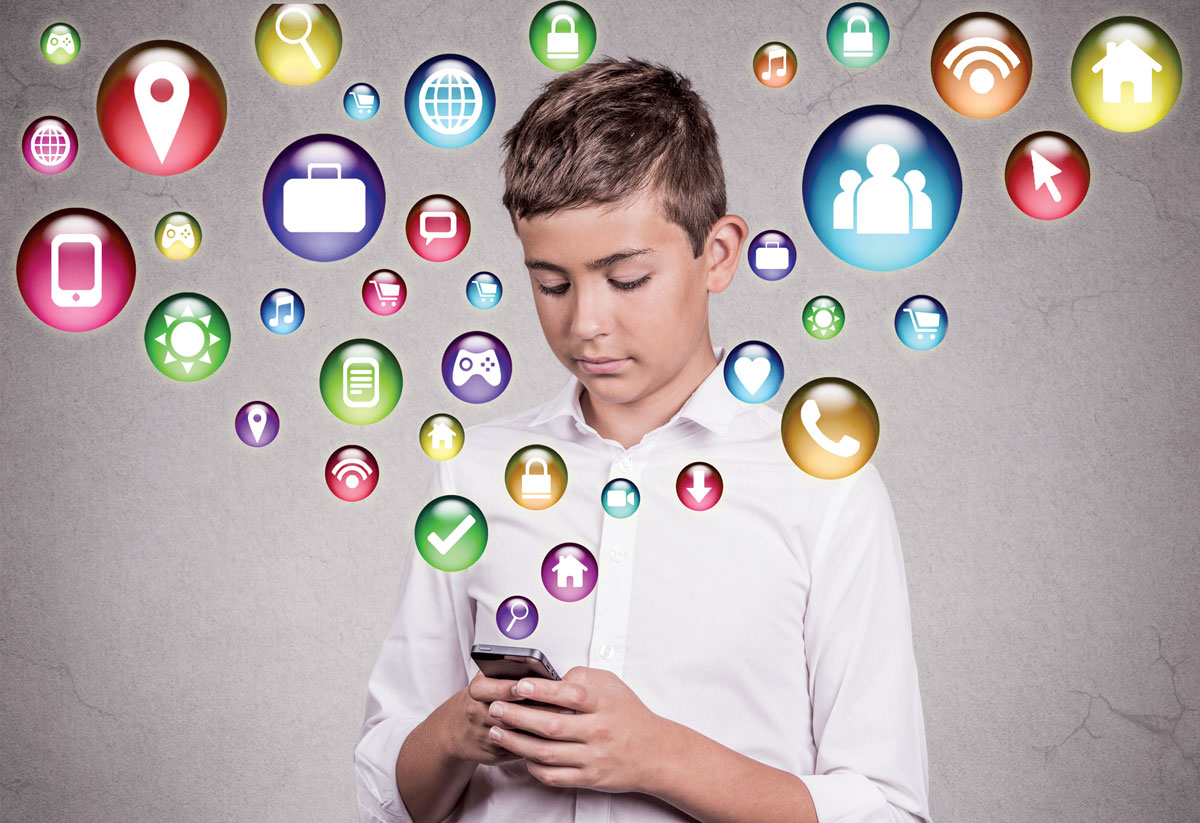 As the world population clocked 7.9 billion and counting let us have a look into the social media usage statistics around the world.

Studies show that approximately 4.48 billion users are active across different social media platforms, which is more than half (~56%) of the total world population.

These statistics get more interesting when we understand the rise in global smartphone usage compared to feature phones.

60% of the world’s population use mobile phones. Among them, 48.1% have smartphones

The statistics show that by 2024 the count of smartphone users will cross 7 billion. China comes first in the total number of smartphones, followed by India and the US.

Almost $200 billion advertising investments are made via smartphone applications until the year 2021, which shows the influence of smartphones in people’s day-to-day lives.

Which Social Media Application Is Most Used?

The wide acceptance of smartphones around the world expanded the social media coverage to more users.

The most used social media app among the teenage group is YouTube, followed by Instagram, whereas TikTok is said to be the fastest influencing app for the age group of 16-24.

Social media usage has increased 13% compared to the time last year. It all adds up to more than 0.5 billion users within just 12 months!

On average, people spend 2-3 hours of their time on social media a day. It covers almost five years of a person’s whole life span. Recent studies show that more than 200 million people are affected by social media addiction.

Reports from various authorities confirm that almost half of road accidents occurred due to smartphones’ usage while driving.

Reaearch based on 46 countries shows that people from the Philippines spend approximately 4 hours of their daytime using various social networking sites.

The count of average social media accounts per user is 8.4.

But real people who regularly watch and follow such gimmicks get misled in life. It will always make people feel that their lives are incomplete and will go behind things they really can’t afford.

Also, studies have shown that people who are most active on social media tend to be alone in real life.

They don’t have another life outside the social media world. This addiction keeps them away from physical world interactions.

According to their terms and conditions, most social media platforms allow users from the age of 13 or more. Teenagers spend more active time on social media compared to adults.

Studies point out that teenagers who use social media for 2-5 hours or more are vulnerable to mental health issues compared to others.

Why Do Teenagers Spend More Time on Social Media?

Social media is a virtual world where teenagers can create an identity that they fantasize about to be real in the physical world.

They can create an account using their favorite movie character names and profile photos. They can express their ideas and views in discussion rooms without revealing their true identity.

It gives the opportunity to escape from the real issue that they face at least for some amount of time every day. Social media can provide them with friends from different parts of the world despite age, sex, and language.

They can build their imaginary world with lies and deceptions to showcase themselves as the best version possible. Such pleasures slowly get into them asking for more of their real-world time.

In a study conducted on a group of students aged between 12-15, it was found that the teenagers who regularly use social media platforms tend to think that others are happier than them and their life is not worth compared to the happy people posing in social media posts.

But once these groups of teenagers were asked to spend real time with their friends dining outside and talking with each other, they became more happy and content.

1. Gender Domination:  Female teenagers who are single are more addicted to social media than any other groups

2. No Goodnight Sleep: The majority of them keep their phone right next to the bed, and it is the first thing they check waking up in the morning.

3. Age-Group: The age group of 13-18 spends more social media time than any other age group.

4. Target Advertising: Teenagers are easily influenced by target advertising and marketing. For example, it’s very natural to have pimples at teenage due to hormone changes.

Medical studies have shown that keeping the face clean, drinking water, and good sleep can reduce the pimples naturally without any treatments.

But advertisements promote their medicines, face creams, and products by lurking on their insecurities.

5. Aggression -Crime: Fake accounts can lure teenagers to do heinous actions and crimes by offering them gifts and money.

According to Psychiatric Times, there was a case reported in Wisconsin in 2017 in which two teen girls stabbed their friend 19 times. Upon interrogation, they said that the internet meme “Slenderman” made them do the crime.

6. Wrong Shepherd: Social media platforms contain lots of influencers. They have a huge fan base based on their photos and posts shared. But not all are good influencers.

Kids in their teenage time always look for their idols to follow. There are plenty of factors that can attract them to such accounts.

That can be money, power, social media reach, or anything that they find “cool”. But the life message and morals that these influencers showcase can be antisocial and immoral.

7. Peer pressure: The comments and messages that teenagers may receive for their posts/photos on social media can put them under enormous pressure.

Teenage Addiction to Social Media May Lead To

Social media usage triggers a significant amount of dopamine(a neurotransmitter that creates the feeling of pleasure).

If their social media activities are well recognized in the form of likes and comments, teenagers get a positive feeling, and the lack of such appreciations creates anxiety.

Around 22% of the teens feel disturbed if their posts are not liked or commented positively.

According to a study made by CNN, teenagers who check their social networking accounts between 50-100 times a day become more stressed (37%) than others. And when the count becomes higher, the stress level also increases.

The Newport Academy points out that 92% of the teens who use social networking applications check their accounts daily, and 24% tend to check them constantly in short intervals.

The Adverse Effects of Social Networking in Teenagers

1. Lack of proper sleep: Since sleep is a crucial part of their brain development, surveys have proved that teenagers who keep their phones near the bed spend less time sleeping and check their phones more than 10 times during the sleeping hours.

Lack of proper sleep can affect their mental and physical growth.

3. Lack of physical activity: Along with mental health, the body requires an adequate amount of physical exercise.

But teenagers addicted to social media are less likely to spend their time away from their smartphones and accessories.

5. Indirect communication: Teens who are experts in texting in social media can become introverts when it comes to a face to face talk.

It is easy to sit behind the screen and respond to any situation with the other party, whereas physical conversation requires more confidence to express their feelings.

Growing up without physical communication, teens can face confidence issues in their romantic and employment chapters of life.

6. Stalking: Teenagers using social media always try to update their current status by sharing where they are, what they do, and who all are with them.

Since such pieces of information are openly available, they can be stalked and even attacked by criminals.