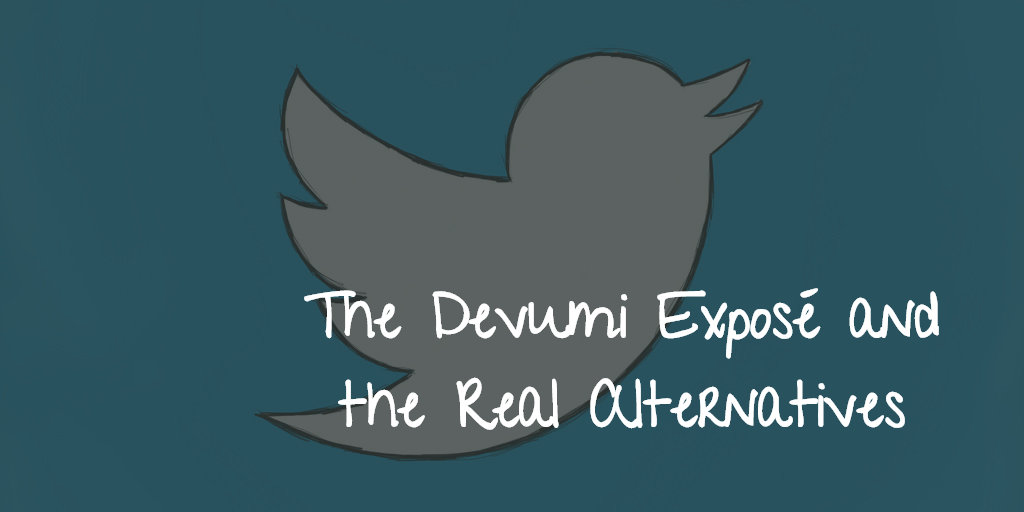 In this fast-paced world of social media, it can be hard to keep up.

Today, we are going to cover Devumi (an allegedly fake follower service), and compare it against a company that provides organic Instagram, Pinterest, & Twitter growth called TweSocial.

The struggle is real when it comes to getting followers on your Twitter, and disheartening when you see just how many followers some people do have.

But before you put your head in your hands and wonder how on earth you’ll ever touch the numbers that are being thrown around the Twittersphere, let’s ask an extremely relevant question: are these followers real?

The competition is real, but the followers are fake

The latest company to be condemned publicly by the press (specifically, by The New York Times), is Devumi.

Devumi is mainly targeted because they are being blacklisted as the “social media company selling fake followers to the stars.” Devumi is taking real people with real twitter accounts and creating a carbon copy – except they’re not them. The profile photo is real, and the person behind the screen is also real – but they’re not the same.

All these accounts on Twitter that are taking identities of everyday American people, often teenagers, and using them to follow celebrities like Kim Kardashian belong to what was once an obscure American company called Devumi.

Devumi is currently caught up in an accusation of social media fraud.

The company has been accused of selling millions of fake Twitter accounts and retweets to celebrities, brands and anybody else who wants thousands of followers on Twitter for a price.

According to The New York Times, Devumi exploited each fake account by selling it many times over, which in turn provided customers with over 200 million fake Twitter followers. This activity on behalf of Devumi is large-scale identity theft, involving millions of innocent people who have no idea their identity has been used in such a way.

A large percentage of the accounts use the original names, photos, locations and other personal details of the Twitter users they are imitating – and a lot of these people are minors.

Is Devumi a Scam? Is Devumi Safe?

Most people on Trust Pilot seem to think it’s a scam.

Devumi is using these accounts as currency in an online world where a mass number of followers on Twitter and any other social media website can be monetized.

All of these sites are now wholly inundated with fake accounts, and it’s hard to keep up with who is behind them all. There is a now well-known statistic that states 15 percent of the accounts on Twitter are not who they appear to be.

Facebook has now discovered that it has twice as many fake accounts as it previously had thought. These accounts, known as automated bots, help sway audiences of advertising and can even interfere with political debates. They can ruin businesses and once solid reputations. Their existence and allowance on social media remain in a funny grey area of legality.

It’s a strange crossover of what is permissible and what’s not. While sites like Twitter and Instagram don’t allow the use of automated bots to grow your account, companies like Devumi are still selling these accounts, and they are being used, successfully.

Because social media websites base their market value on how many people are using their services, they decide how to police this kind of activity.

Naturally, Devumi’s founder German Calas has denied the allegations brought against him and his company.

However, the court has evidence to show that Devumi has thousands of famous customers, from sports stars, and actors to musicians and pastors.

In most cases, they bought their followers.

In a lot of other cases, they had other people doing the buying on their behalf. For just a few pennies a-piece, you can buy Twitter followers from Devumi along with other actions like YouTube views and endorsements on LinkedIn.

So, amidst of this scandal, what’s happening to all those followers?

Millions of them have disappeared from well-known accounts in the days following the breaking of this NY Times news story, as Twitter is now also under the gun for hosting fraudulent activity on its website. Twitter has revealed that it is planning to take action against Devumi. However, Twitter also refuses to comment on how it is now dealing with any fake accounts it may come across.

A representative of Twitter said that the company did not usually suspend accounts that were suspected to be fake or of using fake accounts and actions, primarily because it is difficult for them to know definitively who is responsible for any single purchase.

The difference with Twitter is that, unlike other social media accounts, the company does not require each account to be associated with a person. This makes it a lot easier for businesses like Devumi to overtake and control to automation of activities like following and retweeting while, for the most part, remaining mainly under the radar.

So at this point in the game, it’s safe to say that the fake engagement as exemplified by Devumi is wrong and in violation of everyone’s right to safety on the internet. Breaching privacy laws by stealing somebody’s identity is serious business and a high price to pay for a few thousand Twitter followers.

See also  Has Social Media Changed the World of Boxing?

While Devumi is at the forefront of this scandal, there are multiple other companies just like it that play on the vast availability of information online that is so accessible it’s almost a joke. This is one of the more considerable downsides to the level at which we are now able to share on the internet.

So how do you go about growing your Twitter account, then? It seems that between fake followers and genuine successes, you can’t compete. You don’t want to cheat the system by having your followers be fake, but you also want the ability to grow your account organically in a fiercely competitive online world where outsourcing seems to be the answer.

TweSocial is an organic growth company that doesn’t use fake followers to boost your account. They use the beauty of research and algorithms against the information you provide about your desired target audience to get the right people looking at your page.

Get Organic Twitter Growth with TweSocial
They use correct social media strategies to undertake this kind of work. They’re not providing a quick fix – they’re using the real thing.

They pride themselves on being nothing like a company that buys fake followers in your name – they pursue real people who they feel will be genuinely interested in checking out and following your account.

Additionally, they are the best value organic growth service currently on the market.

So, it’s not all doom and gloom

With all the sharing that goes on through social media, it’s no wonder companies like Devumi pop up to exploit this overload of information and warp the concept of a genuinely successful social media platform. While some of the stars feel as if they need to buy followers to keep up with the rest of them, you don’t have to.

Luckily, there are organic growth apps like TweSocial who can grow your account for you, without the black-market activity.

Stay away from scam companies like Devumi and be aware that there’s a lot more of this activity out there than you might think. Sticking with organic growth services will mean you don’t have to worry about having your account suspended.